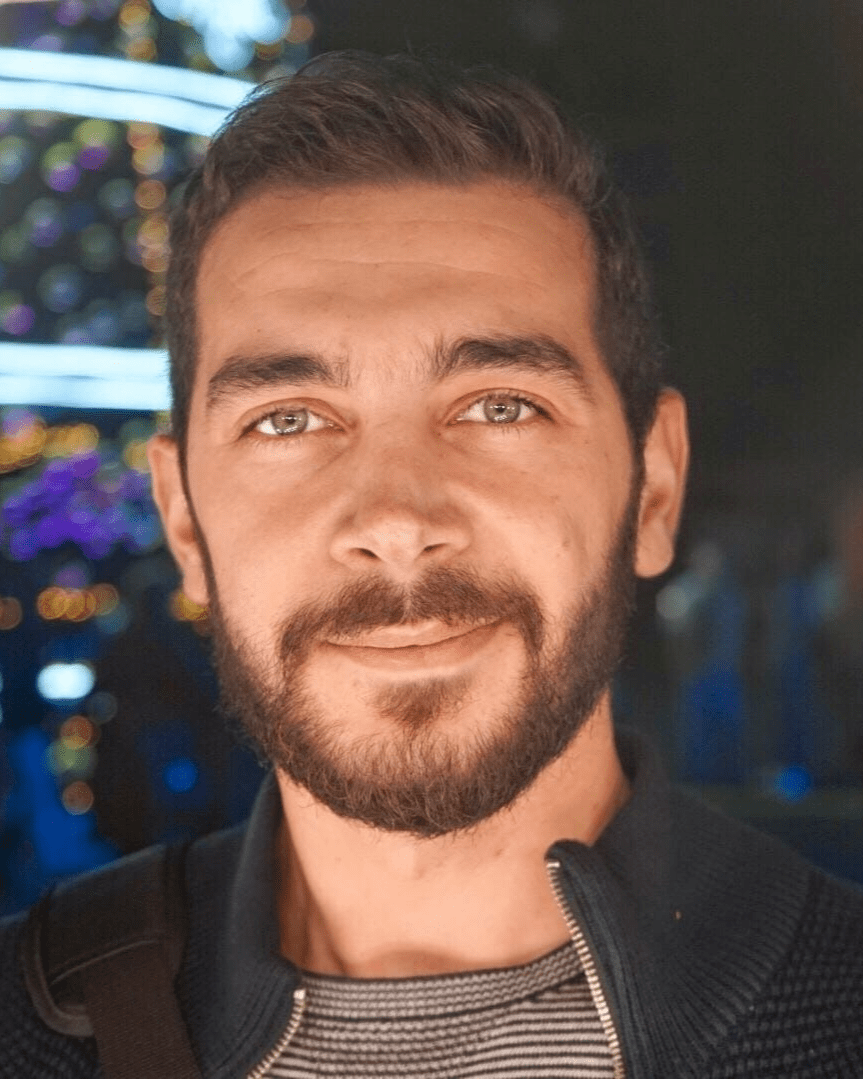 Ali Kifah Mahmoud is a youth trainer and activist in the fields of inter-faith dialogue, youth, peace and nonviolent communication. He believes that “we rise by lifting each other”, hence empowering others is his driving force. Although his background is in finance, he followed his passion and shifted to peacebuilding. This move inspires him to keep encouraging others, especially youth, to follow their dreams.

Ali is part of several local and international networks focused on peace, dialogue, youth and other related topics, including UNAOC cohort 2022, Adyan Foundation, Aiserve Foundation, Forum ZFD, and Interfaith Dialogue on Violent Extremism – iDove. The current times of hardship in Lebanon as well as in the world, pushes him to contribute to a positive change in his community and the wider society. Ali joined JLI’s PVE, Youth and Faith Research and Capacity-Sharing project because he is eager to learn and gain new skills in preventing violent extremism (PVE). 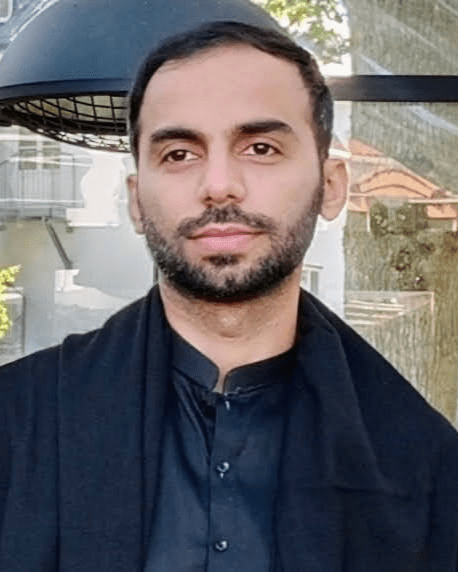 Ali Raza Khan is a young minority rights activist from Multan, Pakistan. He is from the Shia minority community and has been working on peacebuilding and advocating for equal rights since 2015. As the leader of his university’s student club, he received a shield of appreciation for organizing the International Peace Day poetry competition. He has won second place in an interuniversity peace art competition. Ali Raza engages with multiple local, national and international organizations that focus on peacebuilding, countering violent extremism (CVE), and equal rights for minorities. He is currently leading a minority youth group named “Hi Voices” that aims to raise the voice of young minorities. 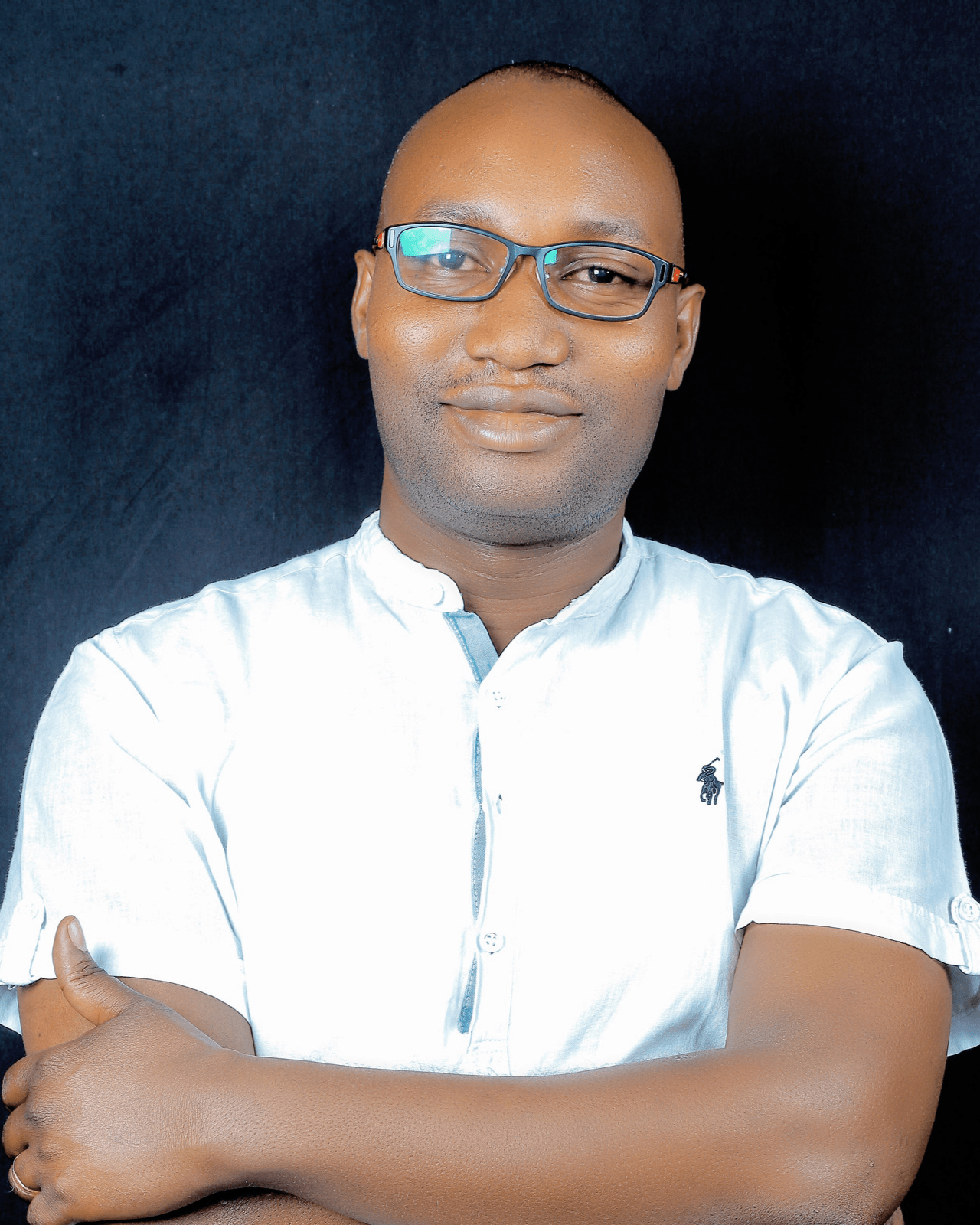 Dismas is a peace promoting consultant with over a decade of experience in working on community projects, in senior management and advisory roles, with a focus on community development, program and project designing, project management, peace and conflict resolution, including prevention and countering radicalization and violent extremism.

His work has been performed Off-Broadway, with Africa Center for peace and Conflict Research in Tanzania and East and Southern Africa in cross border PVE interventions projects and research. He has a strong track record in working in partnership with governments, youth-led organizations, civil society at various levels and diverse organizational stakeholders, developing and implementing appropriate and targeted learning and capacity sharing activities.

He is among the founders of Africa Center for Peace and Conflict Research, an NGO in Tanzania, where he has devoted 90 percent of his practice on PVE activities to youth and women for the last 8 years as head of programmes.

He is country representative for Conflict Early Warning system (CEW) reporting under the Southern Africa Partnerships for the prevention of conflict (SAPPC) the SADC region, which is the AU continental Initiatives for an early warning system.

Has a Master’s degree in International Relations, Bachelor Degree in Philosophy, Diploma in Africa studies as well as series of trainings on terrorism studies and project management. 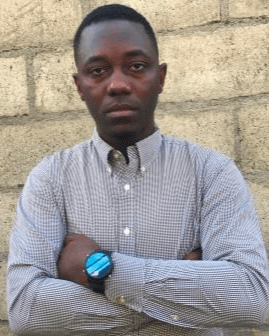 Democratic Republic of the Congo (DRC)

Joseph Tsongo is a young social change activist based in eastern DR Congo. Born in the middle of the war in 1994 in Rutshuru territory, he remained proactive and challenged himself to help the people of the region rebuild despite the traumatic ordeals they endure on a daily basis.

Joseph is currently Coordinator of the organization Amani-Institute ASBL, a socio-cultural movement bringing together young volunteers, in particular former child soldiers working in the promotion of the culture of peace and the development of grassroots communities in DR Congo.

Since 2016, he has organized several resilience and community building activities including sports exercises and participatory forum theater workshops under the psychodrama style to bring members of local communities to the dialogue and reconciliation through art therapy.

Active in the youth space for more than 5 years, Joseph has also been working on education issues citizenship, combating hate speech and promoting human rights including the sexual and reproductive rights of young people living in areas of violent conflict.

Democratic Republic of the Congo 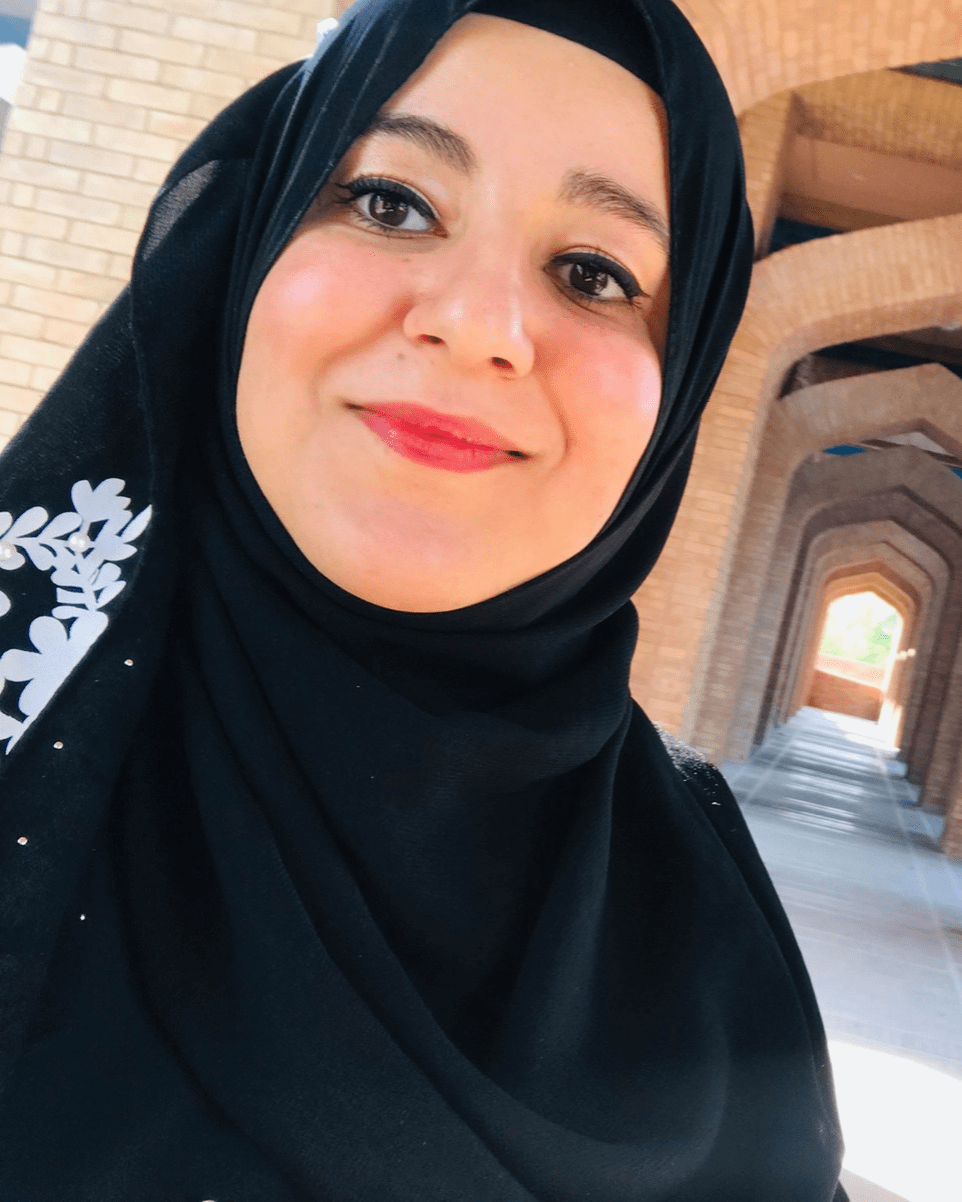 Khadija is an Afro-European young youth worker. She is passionate about diversity and inclusion, intercultural dialogue & interfaith dialogue, global citizenship education, interfaith dialogue, intercultural dialogue, women’s empowerment. Khadija holds a double Master’s degree in International Relations of the Mena Region and Comparative Analysis of Mediterranean Societies between University of Turin and the School of Governance and Economics (EGE Rabat) in 2020.

A passion for international cooperation since her university years has led her to join different international organizations dealing with solidarity and international cooperation, youth advocacy, peace building, intercultural dialogue, global citizenship education. In 2017, she was awarded an international award as a "Young European Volunteer 2017" recognised by the Italian federation FOCSIV (Federation of Christian Organizations for International Volunteer Service). She is a youth delegate at the Council of Europe, a peacebuilder in IDove Community (Interfaith dialogue on Violent Extremism) and ACWAY Movement and a Young Change-Maker MEM (Middle East Mediterranean) Summer Summit. She is also part of the World Economic Forum's Global Shapers Community. Recently She was selected as a «Center for Women, Faith & Leadership Hybrid Fellow 2022» at The Institute for Global Engagement (IGE) in the US." 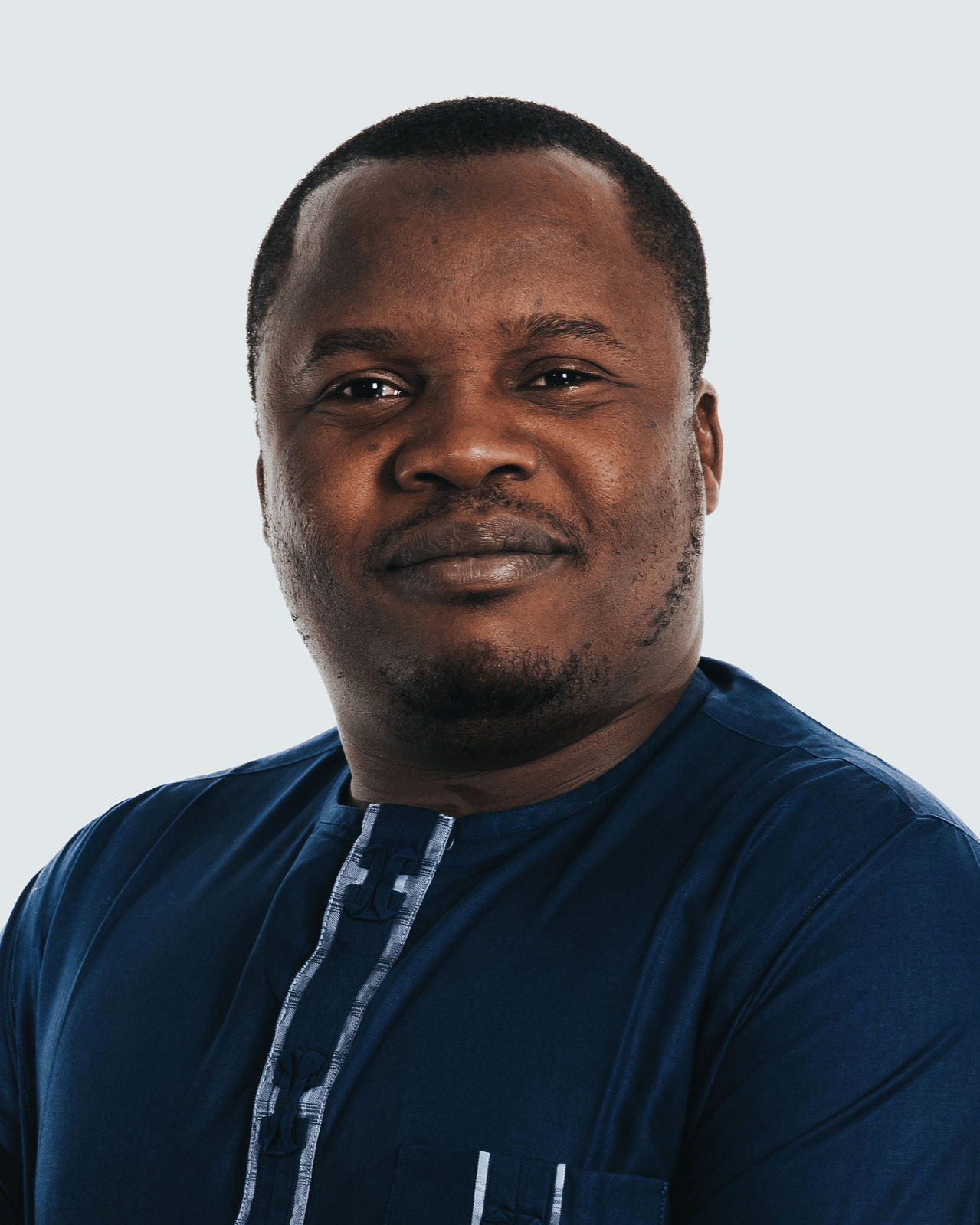 Yachaou, Agricultural Economist and Consultant in the field of food security, peace and security, is currently leading Recup, an NGO that inspires young people in creativity in entrepreneurship, food security, prevention of violent extremism, the promotion of sustainable peace and security and youth participation in the intercultural and interreligious dialogues. He created many inspiring initiatives for youth in his native Niger and in the world through his participation in many international events. He has great experience in the eradication of “Hate speech” and in the promotion of tolerance and peace between religions and “cousin in jest” between ethnics. The human rights defender is a member of several international youth networks.

Active member of iDove since its inaugural forum in 2017 by the African Union and GIZ in Addis Ababa, Mamane becomes a certified iDove trainer for having trained more than 1000 of young leaders in iDove training in Niger and beyond, both in-person and virtually. The 2021 Fellow of KAICIID Program in interreligious dialogue, Mamane graduated from China Agricultural University in Beijing and Education First in New York (USA), and speaks French, Arabic, English, Chinese and his native Hausa. 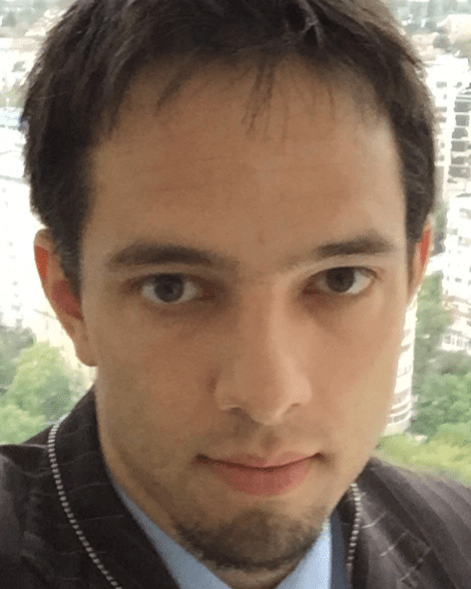 Mihály Szabó is an election specialist and youth policy expert. In the past 7 years, he worked for international organizations, including the United Nations, European Union, National Democratic Institute, in multiple countries all over the world. He has worked in several conflict zones, including Iraq, Ethiopia, and Ukraine. He is an advisor of the United Europe and the Chatham House’s Africa-Europe platform. He is also the representative of the European Union and Hungary in the Global Exchange on Religion in Society (GERIS) project and member of the iDove peace initiative. 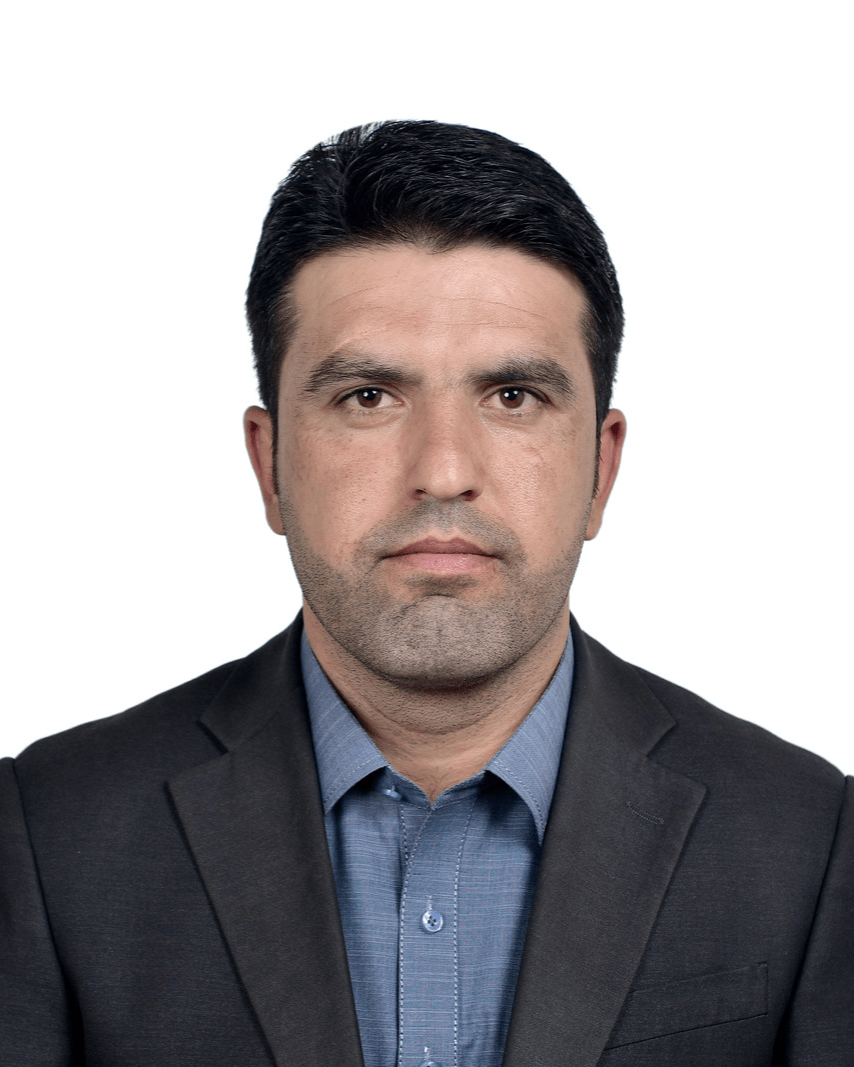 Mohammad Afzal Zarghoni is a researcher from Afghanistan. His work focuses on peace and sustainable development goals. He is an alumna of the King Abdullah bin Abdulaziz International Center for Interreligious and Intercultural Dialog (KAICIID) International Fellows 2021. He holds a Master’s degree in Business Administration (MBA).

Mohammad has been working in Afghanistan since 2007 with international and national organizations in the field of social science research, education, peace, human rights, and information science. He has an overview about Afghanistan’s recent and earlier historical sources and events. His combined breadth of experience makes him well-placed to be a benefit to and benefit from relevant programs. 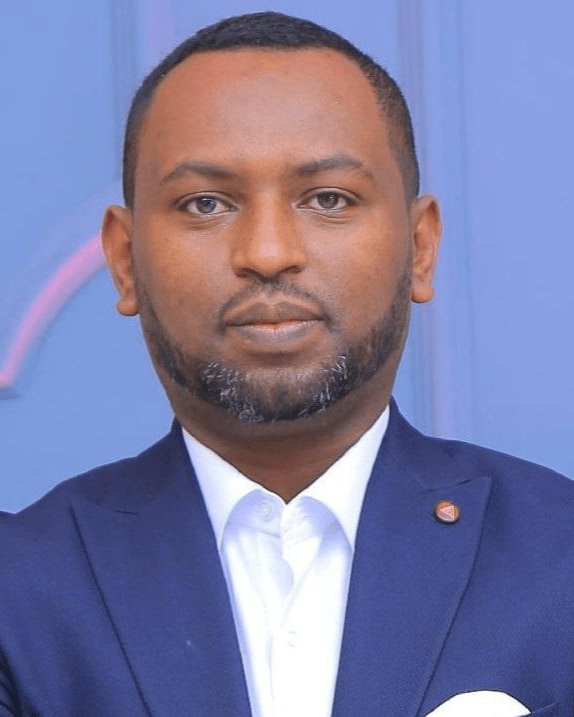 Moti Daba is a practitioner and researcher from Ethiopia. He leads and supports several programs and projects with an interest in religious leaders’ engagement in the public space, including development, peacebuilding, conflict transformation, and preventing violent extremism. Moti values openness and respect to other people’s views, and collaboration between international and local partners. 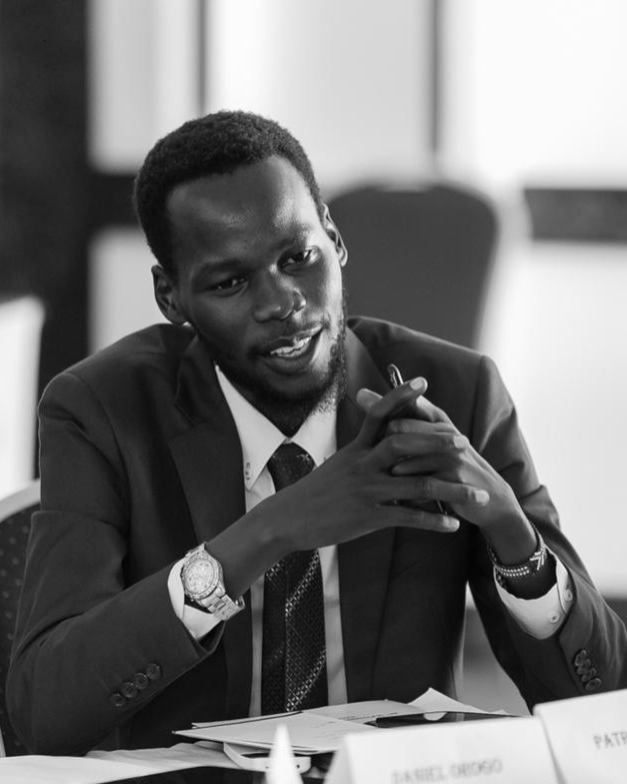 Patrick Godi is a South Sudanese youth leader, policy researcher and co-founder of various initiatives. He specializes in Youth, Peace and Security and strongly advocates for youth mentorship, participation in policy development, and decision making for positive societal change.

Patrick has successfully contributed to peace mediations and policy issues including the South Sudan peace process, has also contributed to shaping national frameworks including co-authoring the recently published policy briefs on Youth Enterprise Fund and Understanding the causes of youth unrest in South Sudan.

He has special interest in cross regional and continental issues which has influenced him to collaborate with peers in Africa and Europe to advance youth agency in social-economic and political development.

In 2020, He was selected to become a member of the Common Futures Conversation – a new initiative developed by Chatham House to deliver innovative ways for young people in Africa and Europe with a ‘seat at the table’ in major policy discussions. As a community member he collaborated with peers on contributing potential solutions to Police Violence and made a presentation before Chatham House research experts, policy makers and politicians.

His work in Youth, Peace and Security has seen him become part of international, continental and regional initiative’s including the Chatham House, African Union, Mo Ibrahim Foundation and the African Youth Networks Movement - a Pan African network under the patronage of stateswoman Graca Machel, where he is a Steering Committee member.

He is also an influential leader in South Sudan’s vibrant youth movement #ANATABAN committed to promoting the protection of all human rights, and a South Sudan where citizens enjoy their rights. He continues to advocate for peaceful nonviolent action in addressing the country’s political, social and economic challenges. 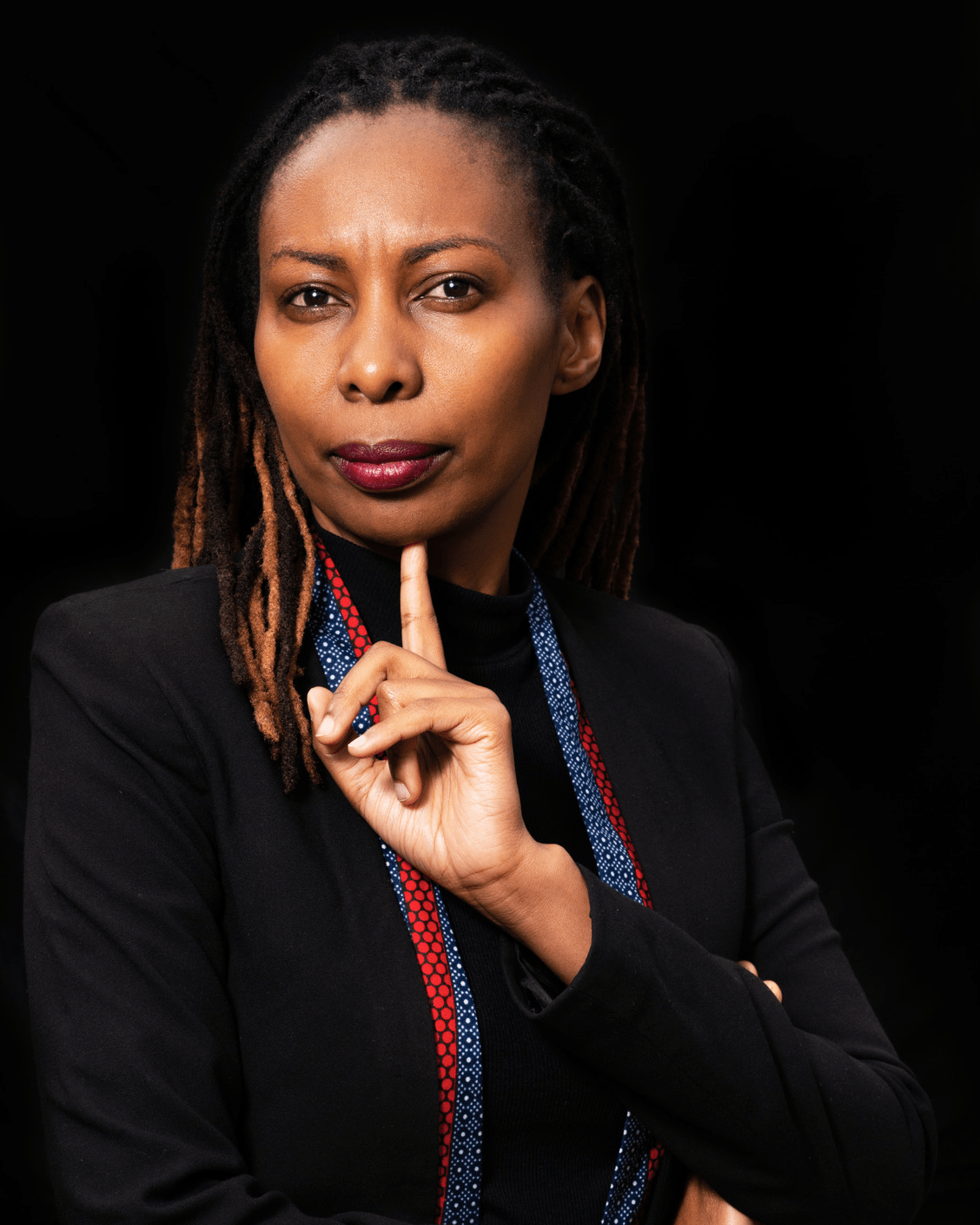 Regina is a highly motivated professional specialized in peacebuilding with thematic expertise on inclusion and social development issues. She has worked in Kenya for over 10 years on peace and gender as well as grassroots development.

She has an MA in Peace, Conflict and Development from the University of Bradford, UK and a BA in Development Communication from St Paul’s University, Kenya. She is a member of FemWise, the African Union arm of women in conflict prevention.

“Work hard and play hard” is Regina’s mantra. She believes a relaxed mind is able to deliver better. 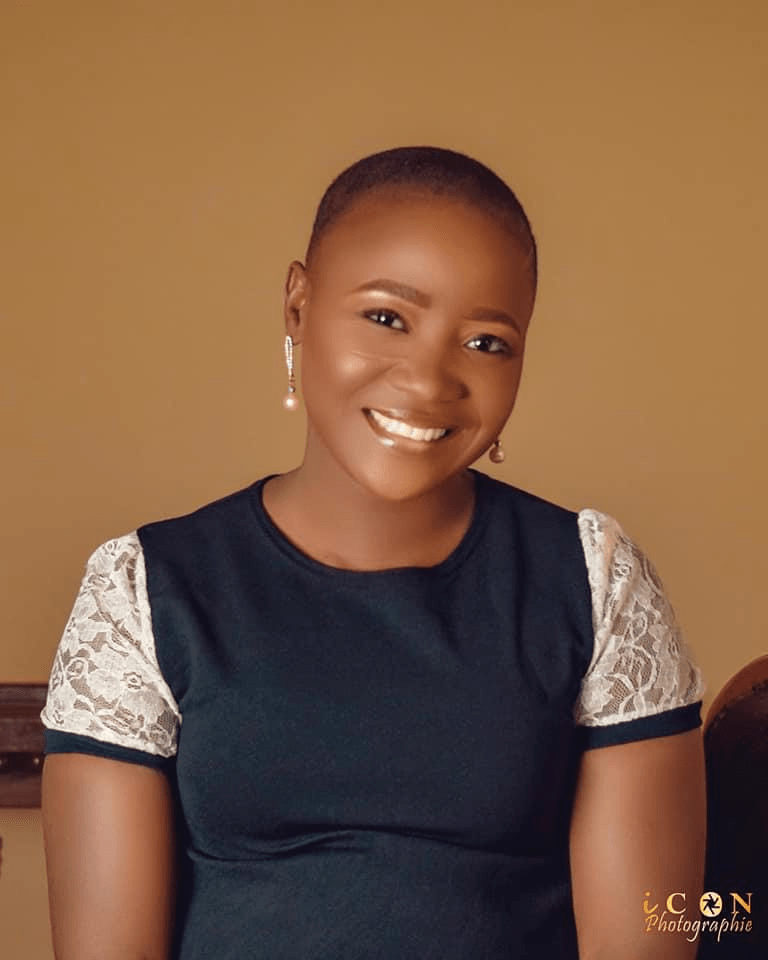 Sheku Anna Chundung has more than 5 years work experience in the fields of peacebuilding, good governance, advocacy, youth mobilization for civic engagements, and human rights protection. She is currently the Head of Programs at the youth Initiative Against Violence and Human Rights Abuse.

Through network and advocacy, Sheku has developed skills in working with multi-sector stakeholders. In her current position, she successfully manages a Collective Impact Initiative that established the Youth Interfaith Relations Network (YIRN).  Sheku is skilled at facilitation and has led more than 10 different trainings and workshops on advocacy, interfaith relations, early warning and community early response, movement/network building, and program management. In all her efforts, Sheku sees a world where all can coexist. That’s why she was driven to become a youth leader for Unarmed Civilian’s Protection and an iDover.