Local faith actors and religious leaders with UNICEF Liberia, Religions for Peace and the Joint Learning Initiative on Faith and Local Communities convened the Liberia WorkRock of the Faith and Positive Change for Children Global Initiative on Social Behavior Change (FPCC). The FPCC global initiative aims to build a new form of partnership between UNICEF and faith-based actors, enabling them to work together in a more effective, systemic, and scalable way to bring sustained impact in children’s lives. Liberia’s WorkRock was attended by 50 UNICEF staff, government officials and different actors from the faith community.

An opening ceremony launched the initiative in Liberia with high level leaders from government, faith groups and UNICEF. Sheik Musa Bamba, the Secretary General from the Inter-Religious Council (IRCL) welcomed everyone, saying: “Man was created to be vice-regent on earth, to take care of it. To achieve this mission, we must take care of our children.”

The UNICEF Liberia Country Representative shared about the importance of being open, accepting that we do not know everything, and really seeking to listen: “Mostly those who don’t have a voice, they are the children, the women, they are marginalized.”

The WorkRock opening ceremony made clear that working relations between the Christian and Muslim communities in Liberia were long-standing, cordial and highly collaborative. 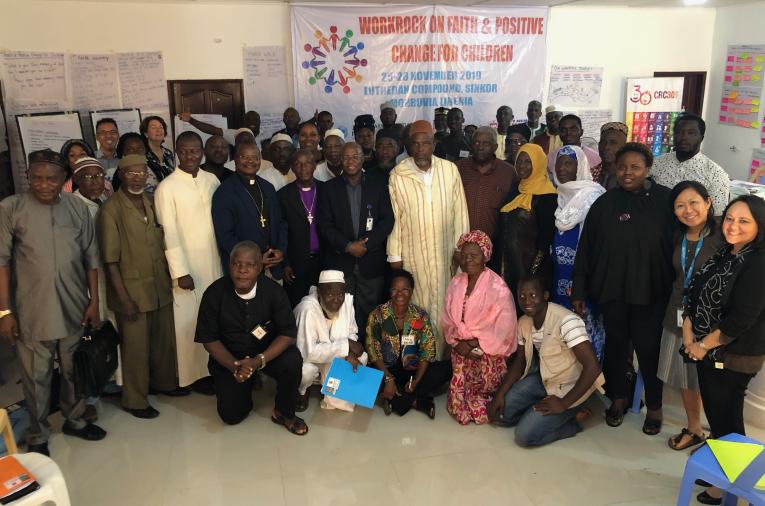 Participants ended the four-day meeting by developing a communique. This underscored the dangers that children are exposed to, recognized drivers such as poverty, education drop-out and parental neglect and highlighted the powerful influence of religious leaders and faith communities. They committed to implementing existing policies, identifying gaps and offering recommendations to fill them and called for: